TIMEFLYZ is an action/adventure romp through time, following Laurel Templeton and the five cyborg TimeFlyz — Slipstream, the leader; Wormhole, the brain; Tak, the fighter; Mother Mass, the muscle; and N.E.X.U.S., the computer that ties all their powers together — as they chase the evil time traveling spider Darchon through history, trying to protect earth’s greatest scientists and rescue Laurel’s father. Along the way, they meet historical figures like Imhotep, Benjamin Franklin, and Charles Dickens.

Through the story, readers will learn a little about history (and hopefully want to learn more!), have a lot of fun, and maybe even get some life lessons.

Get TIMEFLYZ for your Kindle (or Kindle app) here! 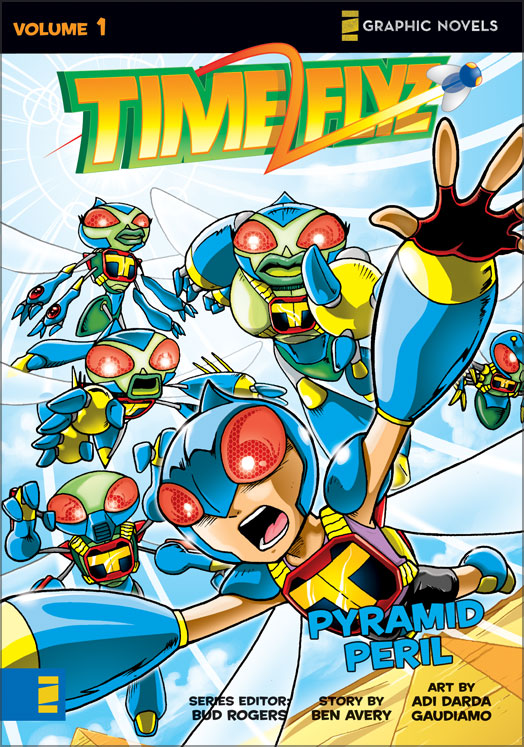 TIMEFLYZ #1: Pyramid Peril -- art by Adi Darda Gaudiamo. The first adventure with the flies takes Laurel to ancient Egypt, where they must protect Imhotep while trying to save her father from the evil Darchon. 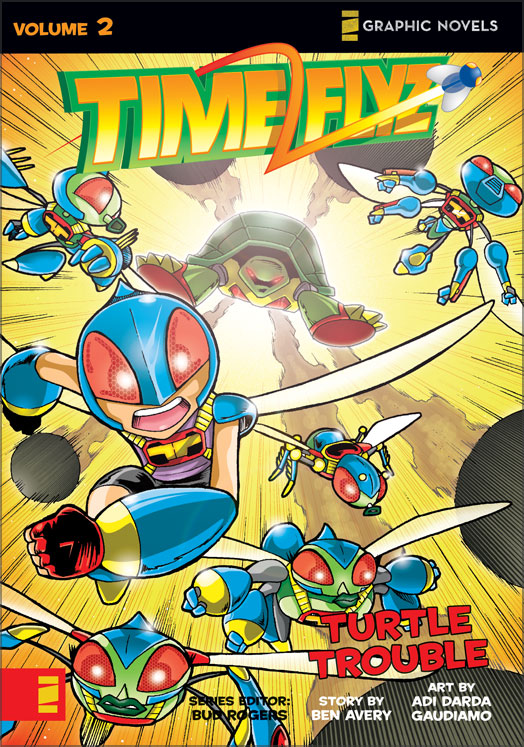 TIMEFLYZ #2: Turtle Trouble -- art by Adi Darda Gaudiamo. Darchon leads Laurel and the team to the Revolutionary War, where they help Benjamin Franklin and David Bushnell with his famous "turtle submarine." 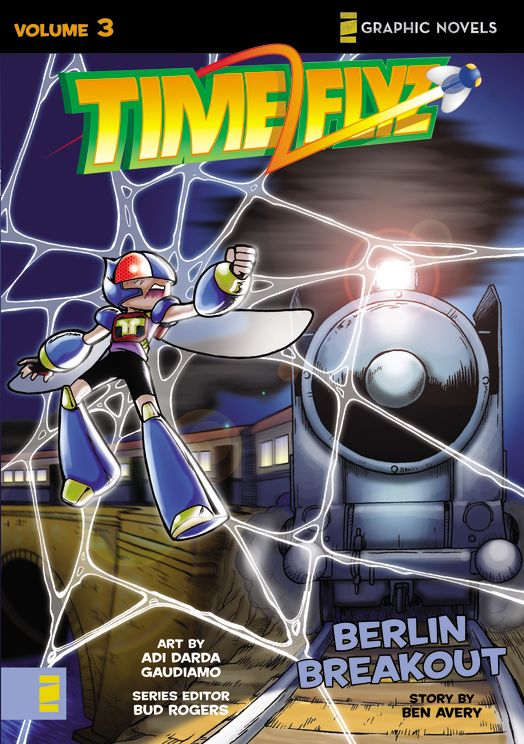 TIMEFLYZ #3: Berlin Breakout -- art by Adi Darda Gaudiamo. On the eve of World War II, Laurel and the flies must help Jewish physicist Lise Meitner escape Berlin, and protect her from Darchon, too! 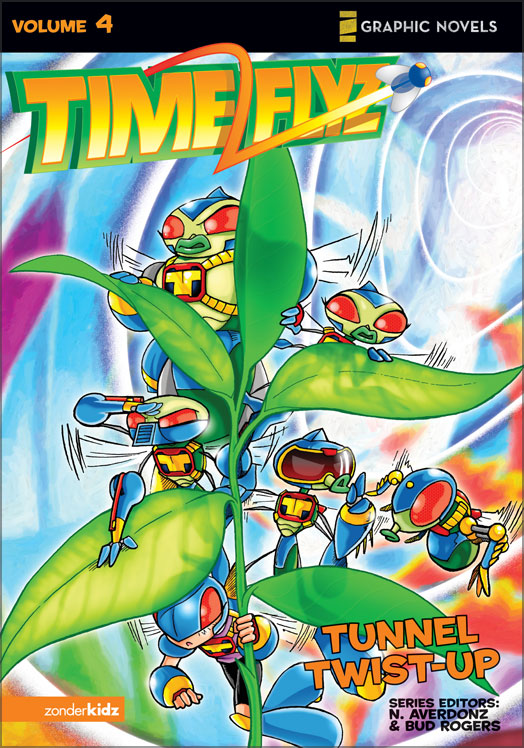 TIMEFLYZ #4: Tunnel Twist-up -- art by Adi Darda Gaudiamo. When their time tunnel crosses with another, Laurel find themselves stranded in the past because they lose a team member. The accident also leaves them with a fly from the future! Even if they can protect Gregor Mendel from Darchon, can they ever leave?

TIMEFLYZ #5: Power Play -- art by Scott Wong and team. As Laurel and the flies continue their mission to rescue her father and protect scientists of the past, they must deal with a new villain and lost powers! Fortunately, they are in old London and have Michael Faraday to help them! 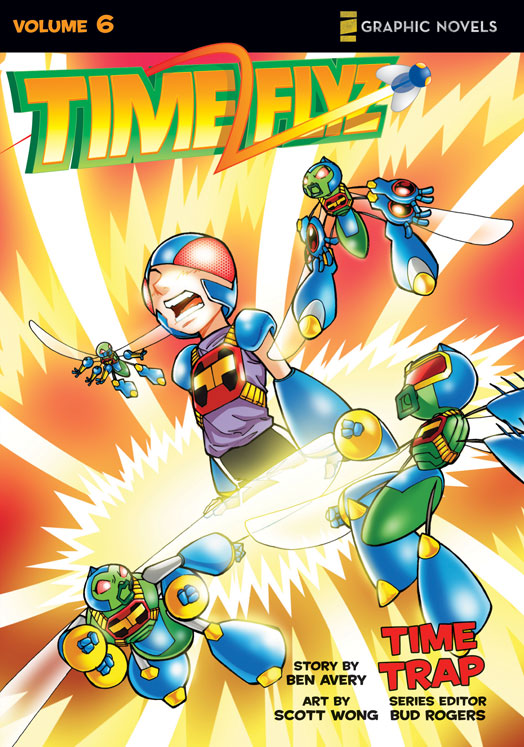 TIMEFLYZ #6: Time Trap -- art by Scott Wong and team. Laurel and the flies are trapped in a time whirlpool with Galileo. Darchon has escaped them. Is this the end of their mission? 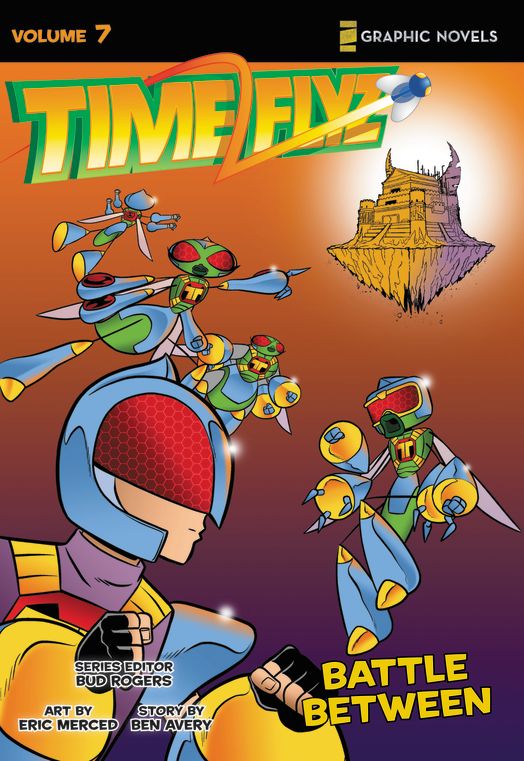 TIMEFLYZ #7: Battle Between -- art by Eric Merced. It's an assault on the Time Fortress, as Laurel and the flies make their final move against Darchon and his evil master. Can they rescue her parents and the other scientists from the past? Laurel must face a revelation she never expected when the mastermind behind it all, Kairos, is unmasked! 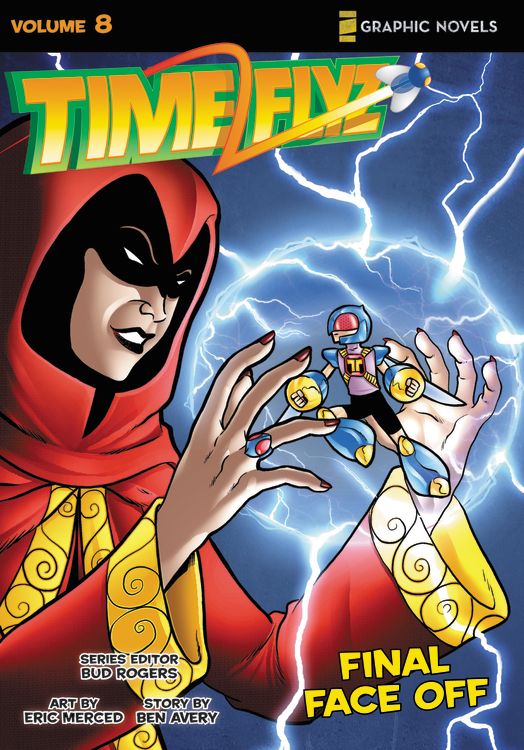 TIMEFLYZ #8: Final Face-off -- art by Eric Merced. In the final battle, Laurel must face off against an enemy should could never have imagined, battling through time!

Get TIMEFLYZ for your Kindle (or Kindle app) here!